From Desert To Mars 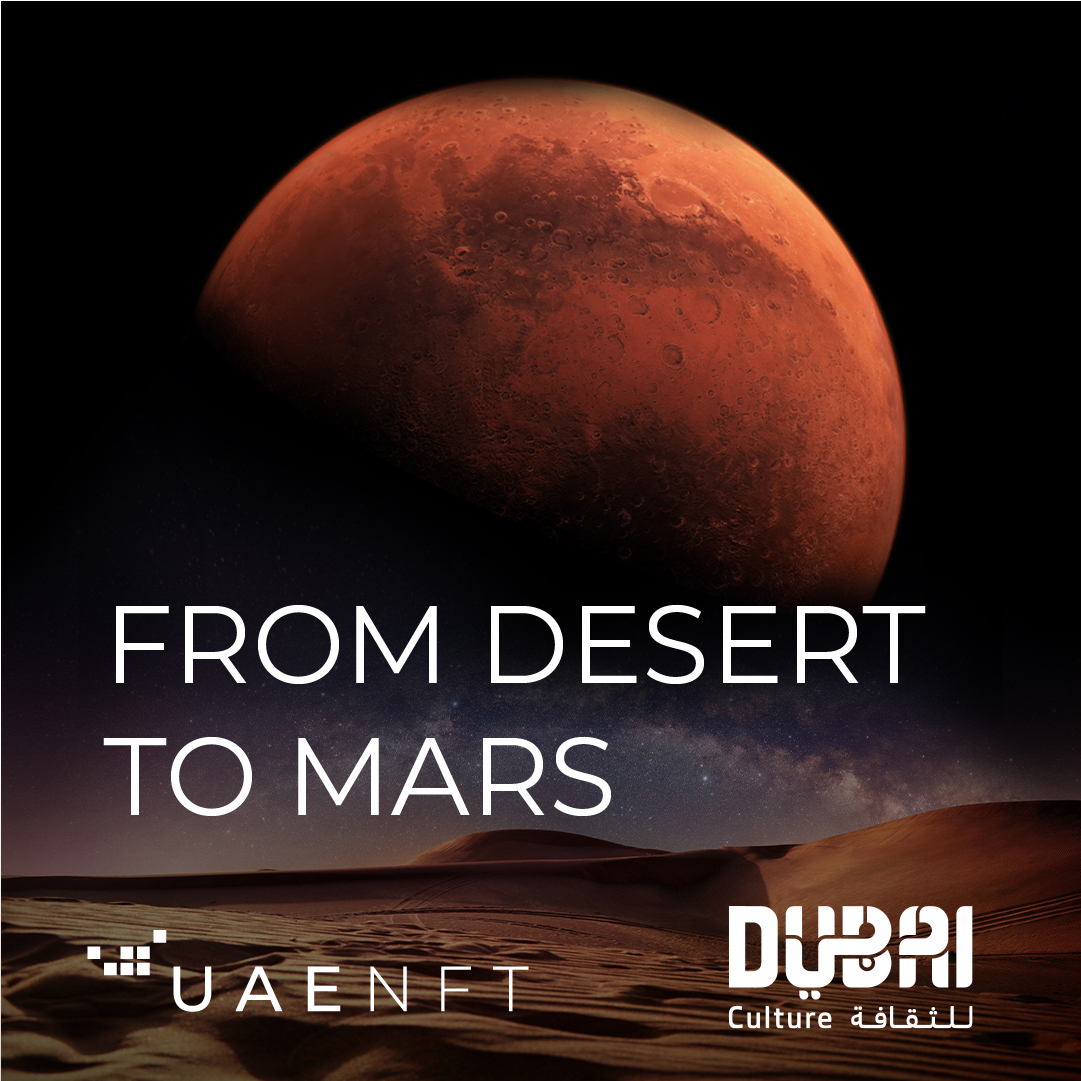 Evolve was invited to curate “From Desert To Mars”, a special NFT project commissioned by @uae.nft in celebration of the 50th National Day.
Seven incredible international artists were commissioned to create an artwork inspired by the United Arab Emirates.

From Desert to Mars

As we celebrate the 50th anniversary of the United Arab Emirates’ emergence from a tribal based society into one of the world’s leading social, economic, and cultural centres, it is the perfect opportunity to reflect how far we have come.

From a secluded society that relied primarily on trade, pearl diving and date farming, the UAE is now an ambitious powerhouse of innovation and one of the most influential countries in the world. There have been many challenges along the way, but the UAE has forged a path signposted by record-breaking achievements that have captured the imagination of the world.

“From Desert To Mars” is a specially commissioned project from UAE-NFT that showcases works created by seven of the most creative and influential international NFT artists. Their artwork celebrates the UAE’s journey and evolution by exploring the dawn of the nation with the discovery of oil, the real estate boom, and finally the space venture. All this is achieved with the most innovative technologies at hand.